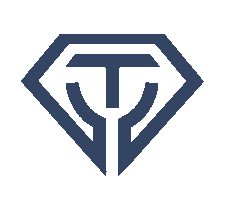 All of Canadians’ worldwide income is subject to taxation. To add to that, all Canadian residents are required by law to submit a Form T1135, Foreign Income Verification Statement (also known as the foreign property reporting) to the CRA every year.

Residents who have “specified foreign property” worth more than $100,000 Canadian dollars must submit the form. The amount is indexed to inflation and increased every year in accordance with the Consumer Price Index (CPI).

Excess cash held in a foreign bank account is considered a property, funds/investments kept outside of Canada, outstanding debts receivable from non-resident corporations, life insurance policies issued by a non-native issuer and interest in a foreign organization.

Individuals, trusts, and corporations should file their tax returns using T1135 forms. Individuals, trusts, and corporations that need to file their tax returns on or before April 15 must do so using this form. The due date for filing partnerships’ T1135 paperwork is usually the same as the deadline for submitting the partnership information return.

Tax Accountant Toronto team state that it’s critical to note that, even if the taxpayer has no tax liability for the year, foreign property reporting is still carried out. This will result in a penalty of $100-$2500, depending on how serious your errors/omissions are and whether or not they were caused by gross negligence.

What Are The Recent Modifications In Foreign Property Reporting?

In the 2013 federal budget, the government acknowledged that Canada has a considerable problem with international aggressive tax avoidance and evasion through offshore accounts.

Tax Accountant Toronto experts explain that the Government enacted these two changes in 2013, when they linked foreign property reporting with the CRA’s ability to unmask and combat this issue:

What Other Measures Has The CRA Adopted?

The CRA now has access to those two tools as well, allowing them to spot global tax evasion and aggressive tax elusion more effectively. They are as follows:

Can You Correct Your Tax Affairs?

Yes, you can. If you forget to file T1135 or fail to take into account foreign income, it will be necessary to establish whether you qualify for the Voluntary Disclosure Program before making any adjustments or providing missing information to your records because it is still under the CRA.

Tax Accountant Toronto team affirms that if the CRA accepts your VDP, no penalties will be imposed. You will nevertheless have to settle any outstanding taxes with compound interest.

Talk to a Specialist

Speak directly to one of our representatives by calling.

Have questions? We’ll be in touch within 24 hours.

TY Peak is a well-established firm with an extensive list of clients that have come to appreciate their professional and comprehensive approach. The TY Peak team provides accounting support for small businesses, corporations as well as personal taxes in Toronto.